Motorola One Power₹ 15,999 price in India has been slashed, the Lenovo-owned company announced on Tuesday. Notably, this is a temporary price cut, and is only applicable during the Flipkart Big Shopping Days Sale, from December 6 to December 8. The smartphone is now available for Rs. 1,000 less – it is now priced at Rs. 14,999, down from its Rs. 15,999 launch price. Alongside, Motorola has announced offers during the Flipkart sale, with instant discounts, no-cost EMIs, and exchange offers. The company is also touting the presence of Android 9.0 Pie on the Motorola One Power – to recall, it recently received an update.

Motorola One Power price in India

Motorola One Power price in India will now be Rs. 14,999, down from its Rs. 15,999 launch price, during the Flipkart sale. To recall, it was launched in India back in September this year. It is a Flipkart exclusive. As we mentioned, the company is also touting offers during the Flipkart Big Shopping Days Sale, which kicks off on Thursday. These offers include 10 percent instant discount on HDFC Bank credit and debit cards, as well as EMI transactions. There will also be no-cost EMIs available starting at Rs. 2,500 a month, as well as exchange offers. 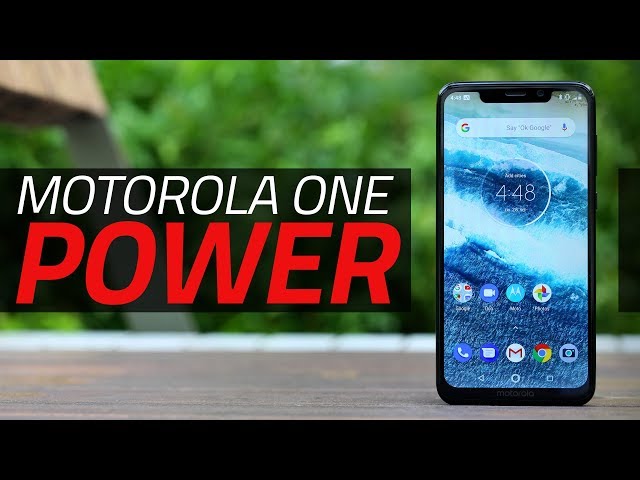 The Motorola One Power (Review) sport a 6.2-inch full-HD+ LCD Max Vision panel along with a 19:9 aspect ratio. It runs stock Android 8.1 Oreo software, while an Android 9.0 Pie update is available for users – it started rolling out last month. Under the hood, the handset has an octa-core Qualcomm Snapdragon 636 SoC, coupled with an Adreno 509 GPU and 4GB of RAM. There is a dual rear camera setup that includes a 16-megapixel primary sensor and a 5-megapixel secondary sensor, with support for 4K video recording. Further, the handset comes with a 12-megapixel sensor at the front.

Motorola has provided 64GB of internal storage that is expandable via microSD card (up to 256GB). The Motorola One Power also has 4G LTE, Wi-Fi 802.11ac, Bluetooth v5.0, GPS/ A-GPS, USB Type-C, and a 3.5mm headphone jack. Further, there is a rear-mounted fingerprint sensor. The smartphone packs a 5,000mAh battery that is rated to deliver six hours of usage in 15 minutes using the 15W TurboPower fast-charger.