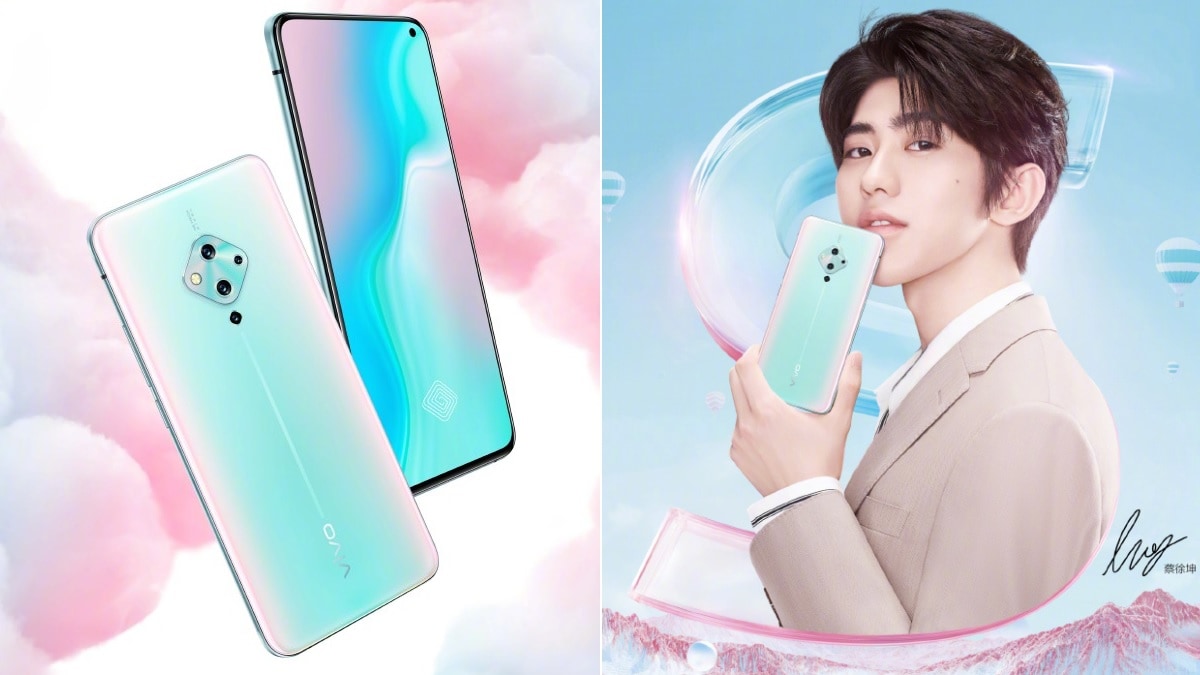 Vivo S5 is inching closer to its official debut on November 14, which means more teasers are on their way. To drum up more hype for the upcoming phone, Vivo has shared official teaser images of the Vivo S5, which give us our first clear look at the phone from both sides. The images shared by Vivo clearly show the Vivo S5 packing quad rear cameras, with the lenses and the LED flash arranged in a diamond-like pattern. The images also show the light blue gradient finish on the Vivo S15’s rear panel, and also highlight its all-screen design with a hole-punch camera.

Vivo recently shared the first official look of its upcoming phone ahead of its launch next week in China. The first of the two new images shared by Vivo earlier today show the phone’s front as well as rear panel. We see the familiar full-screen design with a hole-punch for housing the single front camera and the on-screen art for showing the in-display fingerprint sensor’s position. Over at the back, we see a total of four rear cameras.

The diamond-shaped camera module at the back is shown housing three camera lenses and the LED flash, while the fourth camera lens sits right below. The phone appears to have a metallic frame, something that the antenna line makes quite evident. The second Vivo S5 teaser shared by the company on Weibo highlights the rear panel’s gradient design, which appears to have a light blue shade in the middle and pink accents on the sides.

Unfortunately, Vivo is yet to reveal details about the Vivo S5’s cameras or internal hardware, but the phone’s alleged TENAA listing gives us an idea of what to expect. The phone is tipped to pack a 48-megapixel main camera and a 32-megapixel selfie snapper that will rely on pixel-binning to deliver 8-megapixel photos. Vivo S5 will reportedly draw power from an octa-core processor clocked at 2.3GHz, paired with up to 8GB of RAM and 256GB of internal storage.