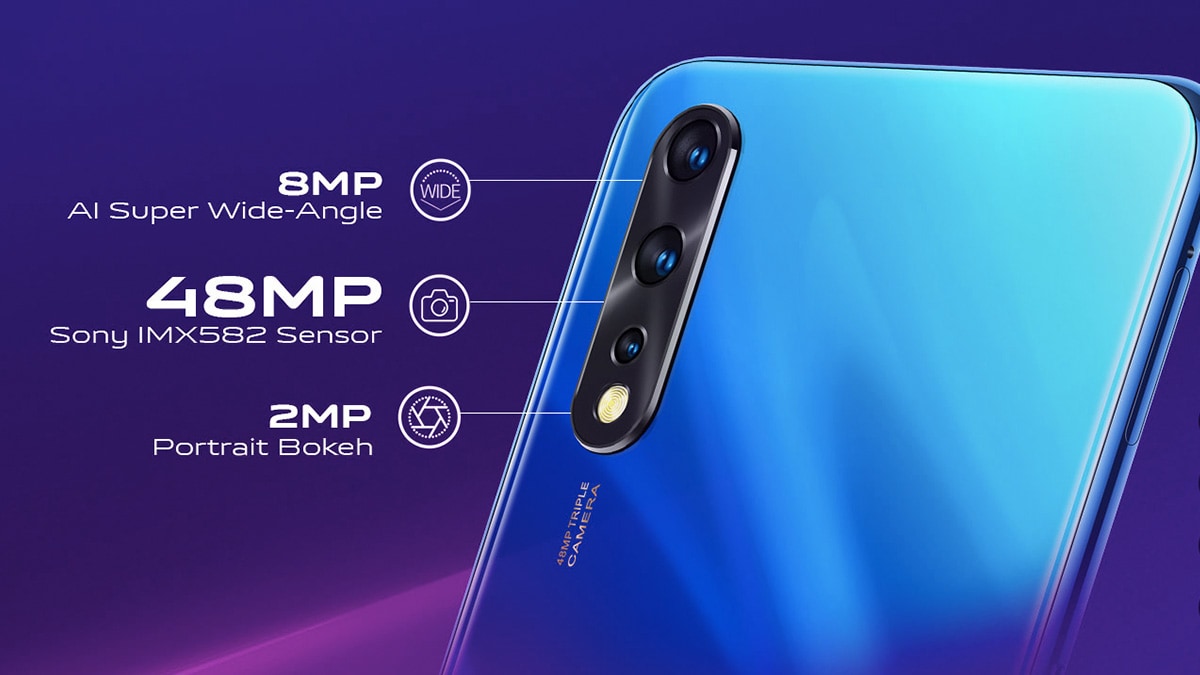 Highlights
In This Article

Vivo Z1x is set to launch in India on September 6, and before Vivo adds another phone to its Z-series, we have some more confirmed specifications of it. We knew that the phone will have fast charging and three rear cameras but now, we know the battery capacity and what those three sensors at the back would be. A page on Vivo’s website, advertising the launch of the upcoming phone, shares more details about the components and features. The phone will have a 4,500mAh battery and the three cameras at the back will include a main 48-megapixel camera, an 8-megapixel wide-angle camera, and a 2-megapixel depth sensor. The page also confirms the presence of a 32-megapixel selfie camera.

The 4,500mAh battery, according to the website, should be able to give you a full day’s worth of usage on one charge, if not more. Vivo claims the phone offers 32.6 hours of talktime and some very specific number of hours for Instagram, Facebook and YouTube usage. Vivo previously confirmed that the Z1x will feature 22.5W FlashCharge technology, which promises 3-hours worth of talk-time with just 5 minutes of charging.

Coming to the cameras, the Vivo Z1x will have a Sony IMX582 48-megapixel primary sensor, just like the Redmi K20 (Review). You can also expect the same 4-in-1 pixel binning technique to be used here, thereby giving you a 12-megapixel output by default. The phone will also have a 8-megapixel wide-angle camera and a 2-megapixel depth camera, for a better background blur. Finally, it’s also confirmed to have a 32-megapixel selfie camera.

Other specifications which have been confirmed before, includes the presence of a Snapdragon 712 SoC, an in-display fingerprint sensor (that unlocks the smartphone in as little as 0.48 seconds), a waterdrop-shaped notch in the display and a Super AMOLED screen. An earlier leak suggests that the phone might have a 6.38-inch display and storage options might include 64GB and 128GB capacities.

The Vivo Z1x will be the second smartphone to be released as a part of the company’s Z series after the Vivo Z1 Pro.