If you’re eyeing LG’s 27-inch UltraFine 5K display for Mac—the monitor that Apple recommends for Mac users and sells in its online store—you’ll want to be aware of an irritating flaw in its design. The Thunderbolt 3-capable display apparently suffers from signal interference, rendering the monitor unusable when it’s within 6.5 feet or so of a wireless router. 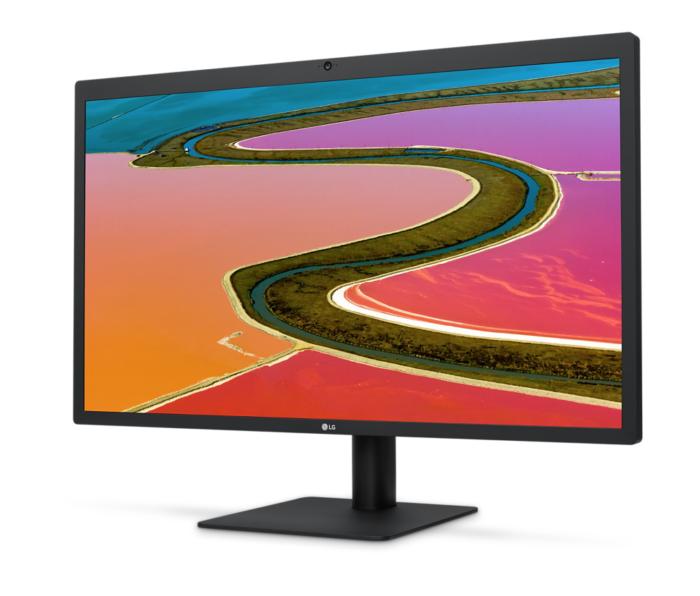 You can find several reviews on Apple’s site complaining about this problem, but 9to5 Mac’s Zac Hall recently gave us a front row seat to this issue. Hall brought the 5K display home for his personal set up and immediately discovered the problem.

This appears to be a known issue, according to Hall, with LG Support recommending to keep the monitor away from wireless access points. The UltraFine monitor’s manual also says in its warnings section to install the monitor where “no electromagnetic interference” occurs; however, the manual doesn’t mention what might cause this interference.

Apple began selling LG’s UltraFine 4K and 5K monitors in its online store in December. The 5K monitor is recommended as the next-generation replacement for Apple’s own Thunderbolt Display, which was discontinued last summer.

The monitor features 5120-by-2880 resolution with a P3 wide color gamut, Thunderbolt 3 for input, three USB-C (USB 3.1 gen 1) ports, a built-in camera, and stereo speakers. The monitor is currently available at the special price of $974 through the end of March.

LG’s display is certainly stunning, but it could be problematic for people who cram their computer, printer, and router into one corner of the house. If that’s you, and you do plan on buying LG’s 5K display, then you should probably see if your router can be moved elsewhere in the house. Even if the router issue doesn’t affect you it’s worth reading through the reviews of the monitor on Apple’s site. At this writing there were only three complaints referring to routers, while others complained of problems with disconnections and crashing on wake.

We’ve reached out to LG to see if the router proximity issue can be fixed with a firmware update, but it sounds like a crucial piece of the monitor isn’t protected well enough against electromagnetic radiation—which wouldn’t be easily fixed by a firmware tweak. Hopefully we’ll hear back soon.