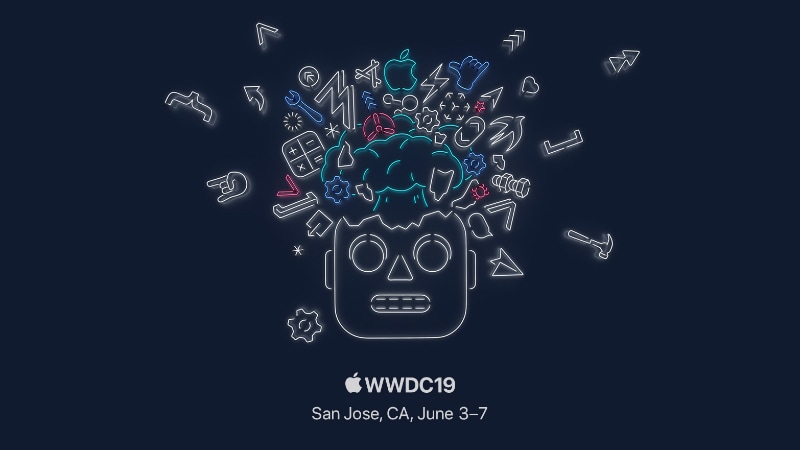 Apple has formally announced that it is kicking off the Worldwide Developers Conference (WWDC) 2019 on June 3. The five-day-long developer-focused conference, which will last until June 7, will take place at the McEnery Convention Centre in San Jose. As usual, the Cupertino giant is expected to bring the new versions of iOS, macOS, watchOS, and tvOS at WWDC 2019. The company already has more than 1.4 billion devices on its platforms. The tagline for this year’s WWDC is “Write code. Blow minds.” Apple has also developed an image that shows a robot having a head exploded by various developer tools, including Swift and Xcode.

In the list of developments that are expected to take place at WWDC 2019, iOS 13 is likely to be the showstopper. The new iOS version is expected to bring a system-wide dark mode — somewhat similar to how macOS 10.14 Mojave brought a dark mode last year. Apple was also recently reported to have some AirPower-specific features that could be a part of iOS 13. Moreover, the new iOS build is speculated to bring a new experience for iPad users and a list of improvements to the file system management.

Aside from iOS 13, Apple would announce macOS 10.15 as the new macOS version at WWDC 2019. The company is also expected to bring watchOS 6 and tvOS 13.

Apple is also in the headlines for having plans to unify the experience on iOS and macOS. A Bloomberg report last month claimed that the company had an ultimate goal to bring a multistep initiative, codenamed “Marzipan”, that is planned for 2021 to help developers build apps that can work not just on iPhone and iPad but also on Mac machines, without any additional efforts.

According to the press release announcing the dates of WWDC 2019, Apple is aiming to showcase its new offerings to developers who are “creating new experiences in areas including machine learning, augmented reality, health and fitness” and other key areas. The event will also be a place for technical sessions, hands-on labs, and various speaking slots where the developer community will be able to learn new things and brush up their coding skills using new and updated tools.

“Our developers are incredibly passionate about creating the next generation of mind-blowing experiences for the world through apps. We can’t wait to get together with them and share what’s next,” said Phil Schiller, Apple’s Senior Vice President of Worldwide Marketing, in the release.

It is worth mentioning here that the official schedule of WWDC 2019 is in line with what was spotted on the 2019 events calendar from the City of San Jose’s Office of Cultural Affairs last month.