Guwahati was the epicentre of the protests that broke out across the northeast. 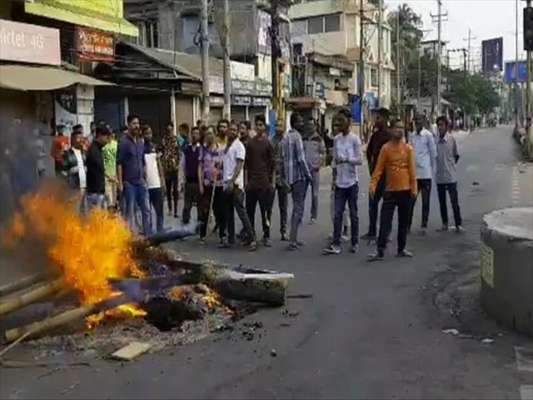 As violent protests against the amended Citizenship Act continued in the northeast, the United States, the United Kingdom and Canada on Friday issued travel advisories asking their citizens to “exercise caution” while travelling to the region for any purpose.

“Demonstrations against the Citizenship Amendment Bill are taking place in some parts of the country. There have been reports of violent protest in Northeast India, especially in Assam and Tripura. An indefinite curfew has been imposed in Guwahati and mobile internet services have been suspended in 10 districts of Assam,” the United Kingdom’s advisory read, adding that transport may also be affected in various parts of the region.

If there is a need for essential travel, potential travellers should monitor the local media for the latest information, follow instructions provided by local authorities and “allow more time for travel”, it added.

The US advisory was similar, with an additional mention that it has “temporarily suspended” official travel to Assam.

Violent protests erupted across the Northeast even as the ruling BJP was pushing the controversial Citizenship (Amendment) Bill through parliament earlier this week, with Guwahati turning out to be the worst affected. Thousands defied curfew orders put in place, clashing against police and vandalising government property. Two protesters were killed in police firing on Thursday night.

The amended law, which aims to expedite citizenship for non-Muslim migrants from Bangladesh, Pakistan and Afghanistan, has been termed as “unconstitutional” and “discriminatory” by opposition leaders and rights workers. Activists and student groups in the Northeast, on the other hand, claim that it will undermine the Assam Accord of 1985 and flood the region with illegal migrants from neighbouring countries.

The protests have also had international repercussions, with two Bangladeshi ministers cancelling planned visits to India at the last moment and Japanese Prime Minister Shinzo Abe postponing his scheduled summit with Prime Minister Narendra Modi in Guwahati next week. The United Nations human rights office also claimed that that the new citizenship law’s clause for excluding Muslims was “fundamentally discriminatory in nature”.