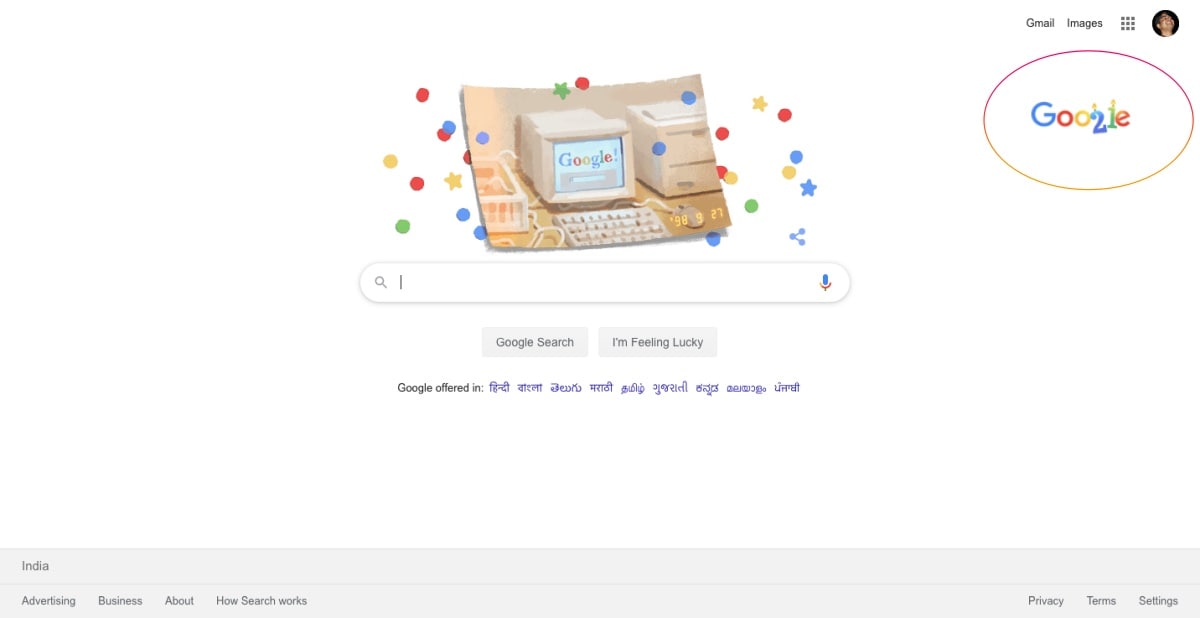 Google is marking its own birthday today with a doodle. The doodle features a photo of a 90s’ style computer with Google search page and date stamp for September 27, 1998, surrounded by confetti in Google colours. A smaller Google doodle with number 21 as candles, as a part of Google logo, shows on the search results page. The search giant was founded 21 years ago in 1998 by Larry Page and Sergey Brin, then students at Stanford University in California. September 27 is, however, not Google’s actual birthday.

Initially, the search engine was called “BackRub” and it was later renamed “Google”.