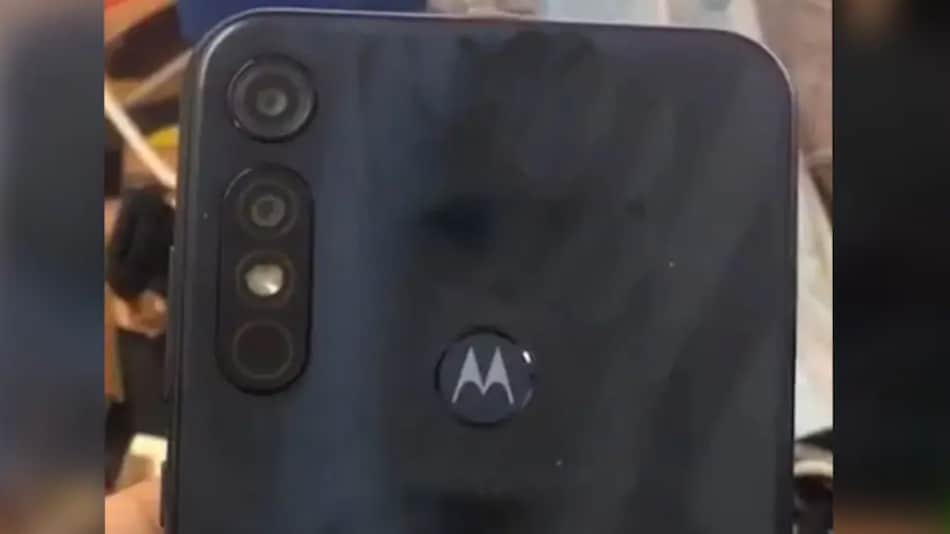 Moto E7 Plus will be powered by Qualcomm Snapdragon 450 SoC, paired with 4GB of RAM and 64GB of storage, a tipster has claimed. According to the tipster, the phone will also have a 48-megapixel dual camera setup, and will come equipped with 5,000mAh battery. The Moto E7 Plus has already been in the news as it was earlier spotted on a benchmarking website and in some leaked live images.

Prolific tipster Evan Blass has shared an alleged poster of the Moto E7 Plus. The poster shows the information about the key hardware of the phone. It suggests that the Moto E7 Plus will come equipped with Qualcomm Snapdragon 450 SoC that will be coupled by 4GB of RAM and 64GB of onboard storage. Further, this may be just one variant of the phone and it may launch in other configurations as well. 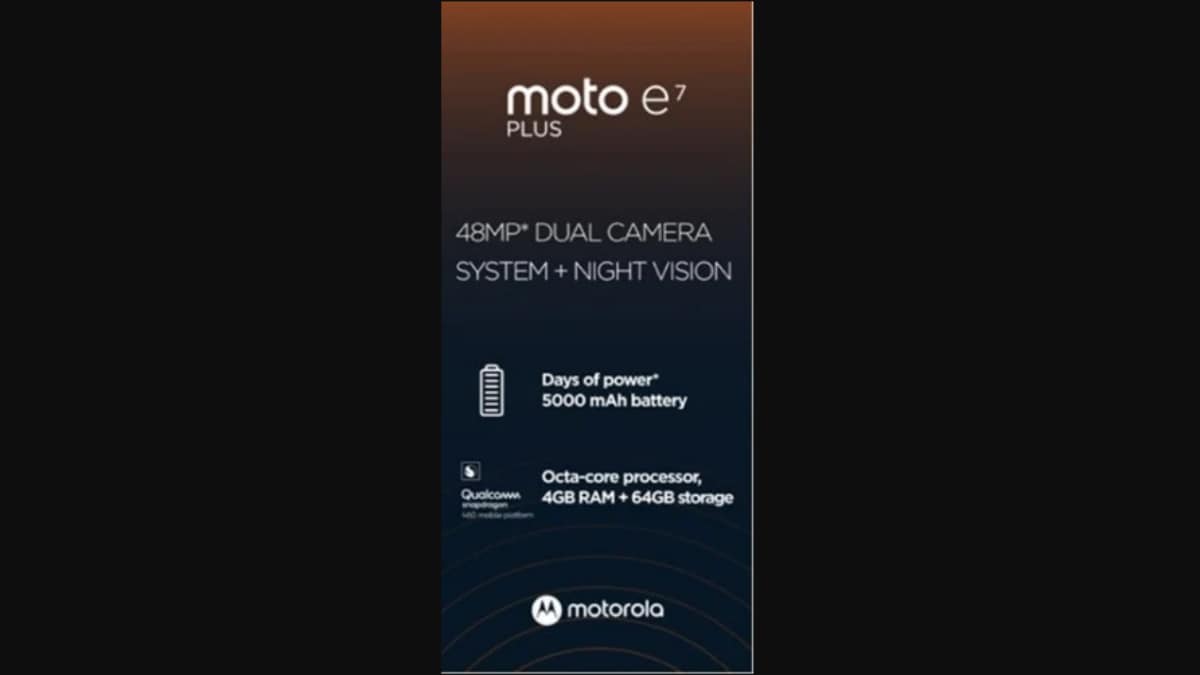 Additionally, the phone is also said to have a dual rear camera setup with 48-megapixel primary shooter and Night Vision support. Moto E7 Plus is also claimed to draw power from 5,000mAh battery. There is no information whether it will come with a fast charging tech support or not. It is speculated that the phone will have a fingerprint sensor on the Motorola logo dimple, and it may also have a USB Type-C port.

Last month, the phone was spotted on Geekbench showing 4GB of RAM and octa-core Qualcomm Snapdragon processor. As per the Geekbench listing, the Moto E7 Plus scored 1,152 points in single-core test and 4,373 points in the multi-core segment. It is also likely to run on Android 10. Further, some live images of the alleged Moto E7 Plus were also leaked that showed a dual rear camera setup and a waterdrop-style notch design on the front.