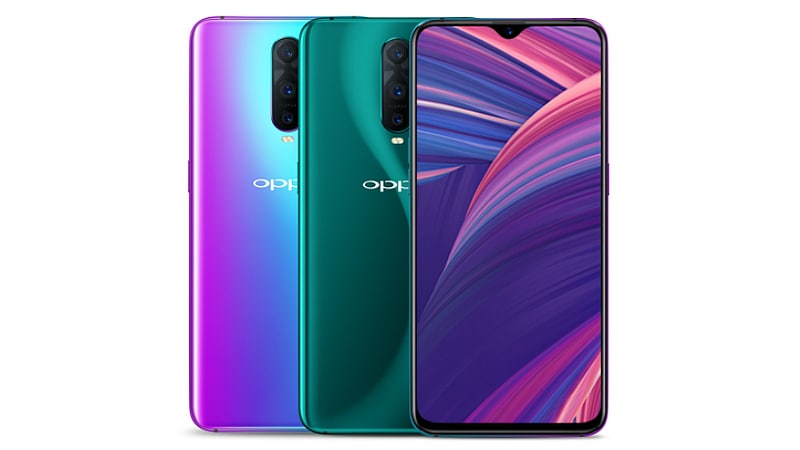 Oppo R17 Pro₹ 45,990 – the Chinese smartphone maker’s top-of-the-line offering in its R-Series – was launched in India on Tuesday. The Oppo R17 Pro was launched in China back in August, and has numerous highlight features – it comes with Super VOOC Flash Charge fast charging tech, which uses a bi-cell design to charge up to 40 percent in 10 minutes. Other Oppo R17 Pro highlights include its triple rear camera setup, an in-display fingerprint sensor, a massive 6.4-inch full-HD+ display with a 19.5:9 aspect ratio, as well as 8GB of RAM. The smartphone also bears a 25-megapixel front camera, complete with AI-based features including beautification. It will be made available both online and offline in India. Notably, the Oppo R17 was also launched in India, however, no availability was detailed by the company.

The Oppo R17 Pro price in India is set at Rs. 45,990, and it is available in its 8GB RAM/ 128GB inbuilt storage variant in the country. It will be available in Emerald Green and Radiant Mist colour options. Pre-orders started in the country via Oppo’s own site from December 1, and will start via Amazon Indiafrom 9:30pm IST on December 4. Selected Oppo Stores and showrooms will also have pre-orders, apart from Reliance Digital, Croma, Vijay Sales, Poorvika, Sangeetha, and Big C. It will go on sale from December 7, via Amazon India, Flipkart, Paytm Mall, Reliance Digital, Croma, Poorvika, Sangeetha Mobiles, Big C, Airtel, Bajaj Electronics, and Vijay Sales.

Oppo R17 Pro launch offers include 10 percent cashback on HDFC credit and debit cards, as well as EMI transactions. There is also up to 3.2TB of Jio 4G data, with benefits from Jio up to Rs. 4,900. Other offers include one-time screen replacement, no-cost EMIs, and an extra Rs. 2,000 off on exchange. A Paytm Mall cashback of Rs. 3,000 will also be available in select stores.

As we mentioned, the Oppo at the event also launched the Oppo R17 in the Indian market, priced at Rs. 34,990 – exact availability was not detailed.

The Oppo R17 Pro bears a triple rear camera setup, with a 12-megapixel sensor featuring a variable aperture from f/1.5 to f/2.4 and a 1.4-micron pixel size, a 20-megapixel sensor with an f/2.6 aperture, and a third lens that is a TOF 3D stereo camera that assists in depth effects amongst other things. The rear camera setup features optical image stabilisation, Dual Pixel PDAF, and the company is also touting an Ultra Night Mode that uses AI-based algorithms to optimise low-light photography. On the front, the Oppo R17 Pro bears a 25-megapixel camera with an f/2.0 aperture, as well AI Beauty Camera beautification with a live preview option. The beautification mode is said to learn preferences from the user to provide better results.