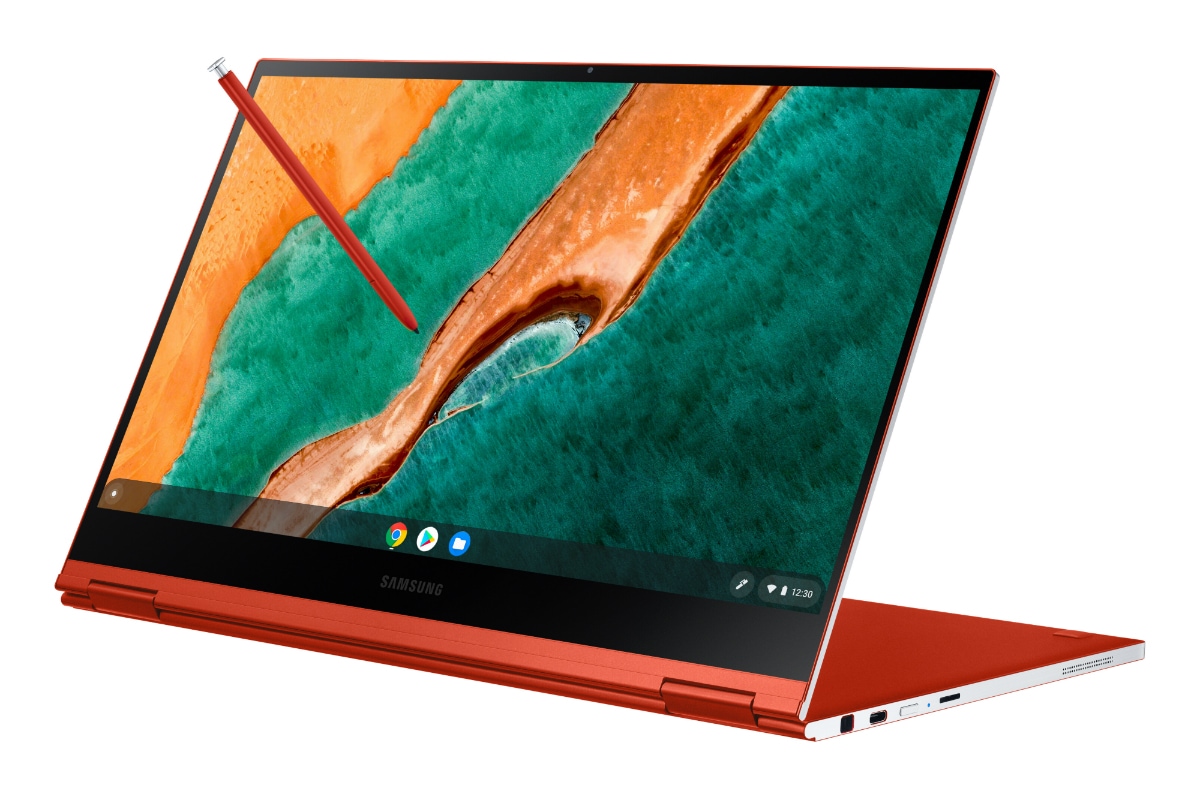 Samsung Galaxy Chromebook has been introduced at CES 2020 – a thin and light 2-in-1 that runs on Chrome OS, comes with a built-in stylus, and supports Google Assistant as well. The convertible has a 360-degree hinge to flex in four modes – tent, flat, laptop, and tablet. It is touted to be the thinnest Chromebook by Samsung – with a 9.9mm thickness – and is also the first Chromebook from the company to sport a 4K AMOLED display. The Chromebook weighs just 1.04kg, and comes with useful features like Google Drive backup that allows syncing across Android devices and the Samsung Galaxy Chromebook.

The new Samsung Galaxy Chromebook is priced at $999.99 (roughly Rs. 71,700) and will go on sale in the first quarter of 2020. The 2-in-1 convertible will be available in Fiesta Red and Mercury Gray colour options. It is built using durable aluminium, and comes with a built-in stylus. The Galaxy Chromebook is equipped with two cameras – 1-megapixel camera above the display screen, and another 8-megapixel camera on the deck of the keyboard.

As mentioned, the Samsung Galaxy Chromebook runs on Chromebook, and features a 13.3-inch (3840×2160) 4K AMOLED touchscreen display. The Chromebook is powered by Intel’s 10th Generation Core processor paired with Intel UHD graphics and up to 16GB of LPDDR3 RAM. It offers up to 1TB of SSD storage, comes with fingerprint recognition and a backlit keyboard. The 2-in-1 is equipped with 2W stereo speakers, packs a 49.2Wh battery, measures 302.6×203.2×9.9mm, and weighs only 1.04 kgs. Connectivity options include Wi-Fi 6 (802.11ax), two USB Type-C ports, UFS/microSD combo, internal digital dual array mic, and mono mic.

The Samsung Galaxy Chromebook will soon get HDR400 support to deliver high-contrast graphics, along with Ambient EQ capabilities. This feature will not be available at time of launch, but will be introduced later in the year via a software update.