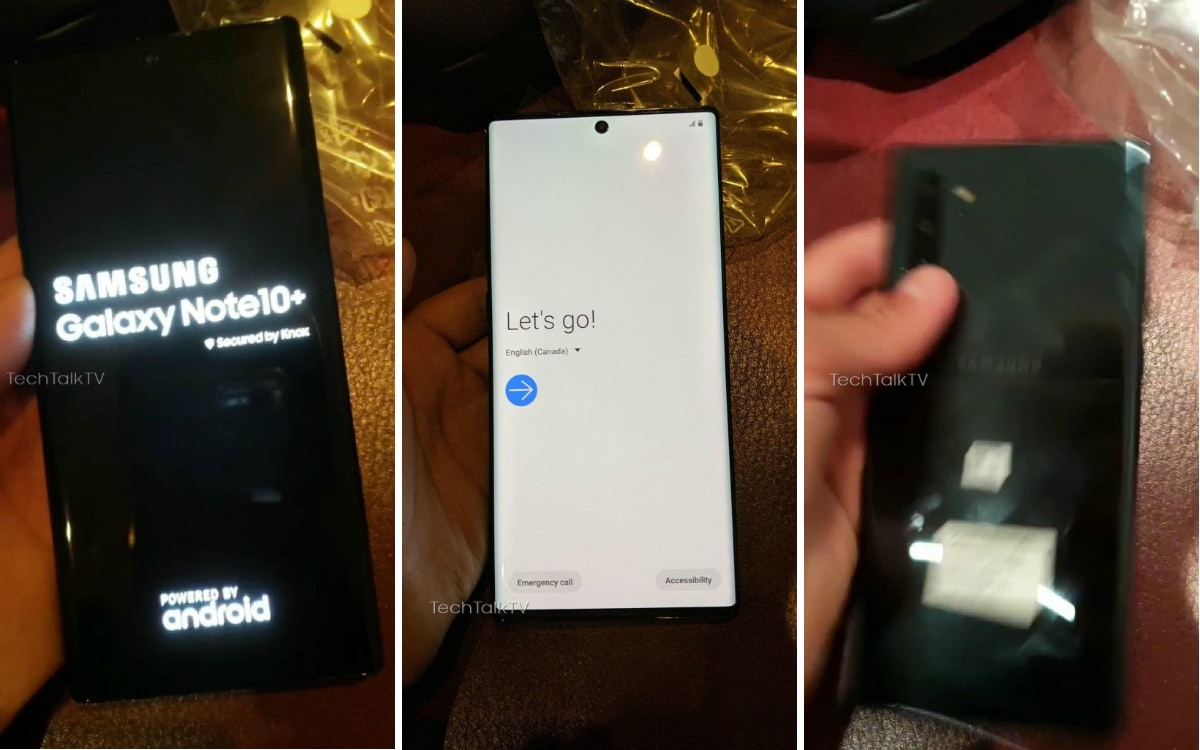 Technology channel on YouTube TechTalkTV has leaked the purported hands-on images of the Samsung Galaxy Note 10+. The images show the punch-hole display with a cutout for the selfie camera at the centre. The boot screen appears on the image suggests the new name convention. Further, the channel claims that instead of the Galaxy Note 10 Pro, which has been rumoured so far, the South Korean giant will bring the Galaxy Note 10+.

At the back, the hands-on image shows a vertically-aligned camera setup. Due to the blurry image, it is unclear whether the phone has four rear cameras or just three. The source, however, reports that the Galaxy Note 10+ has a quad rear camera setup. There is also a ToF sensor alongside an LED flash.

Since Samsung hasn’t confirmed any Galaxy Note 10 models, it is safe to take the latest development with a pinch of salt.