Shanghai-based Directive Games showed off Galaga AR at the Apple iPhone Xs and iPhone Xs Max event. Employees from the studio presented a multiplayer Galaga battle that had slick effects and visuals made possible with the new A12 Bionic chip and ARKit 2 tech from Apple. Galaga AR will be a part of what’s known as the ‘AR Arcade Series’ of games planned by Directive Games with six more in the works (although none of them were announced aside from Galaga AR). No release date for Galaga AR was announced aside from Directive Games stating it would be out later this year. 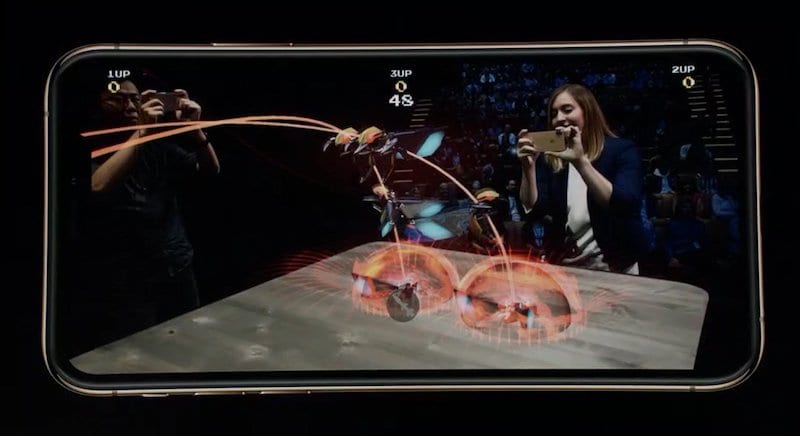 Galaga debuted in video game arcades back in 1981. It’s a shoot ’em up that has had plenty of re-releases and remasters over the years such as Galaga Wars for iOS and Android released in 2016.

Multiplayer in Galaga AR has you shooting down plenty bug-like spaceships as well as compete for the highest score with other players. The onstage demo had three players in the same game.

This isn’t Directive Games’ first AR game though. The company was also present at the iPhone X reveal to show off The Machines which was dubbed as the world’s first competitive augmented reality game.

With ARKit being the next frontier for many a developer – gaming or otherwise, it will be interesting to see how many developers take advantage of ARKit, or if it, much like the Kinect, ends up being a gimmick. Outside of Pokemon Go however, we’re yet to see a breakthrough use case for the tech.