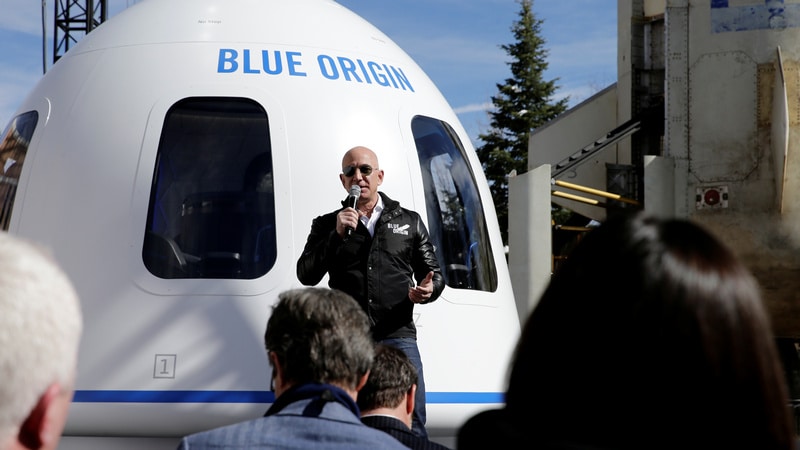 While Blue Origin has been seen as the front-runner for the contract for months, the win is a significant milestone for the Seattle-area aerospace company as it vies to become a player in the market for lucrative US military satellite launch contracts.

Choosing Blue Origin’s made-in-America BE-4 engine for the next-generation heavy-lift Vulcan launch vehicle is part of ULA’s path to ending US reliance on Russia’s RD-180 engine for national security missions. That engine currently provides the main power for ULA’s legacy workhorse, Atlas V, which the Vulcan will eventually replace.

“United Launch Alliance is the premier launch service provider for national security missions, and we’re thrilled to be part of their team and that mission,” Blue Origin’s CEO, Bob Smith, said in a statement.

The terms of the contract were not disclosed, but engines represent a major portion of the cost of a rocket.

ULA said in announcing the contract award that Vulcan was on track for an initial flight in mid-2020, though industry sources expect that deadline to be extended.

Bezos is funnelling $1 billion of his own fortune annually into Blue Origin as it scrambles to fly its own heavy-lift launch vehicle, dubbed New Glenn, in 2020. New Glenn will also be powered by Blue Origin’s BE-4 engine and eventually compete with ULA’s Vulcan, raising questions about the clarity of Bezos’ strategy.

“Nobody disputes that with the investment they’re making they won’t eventually be successful,” Matt Desch, CEO of Iridium Communications, told Reuters in August. “But how and when they become reliable is still uncertain.”