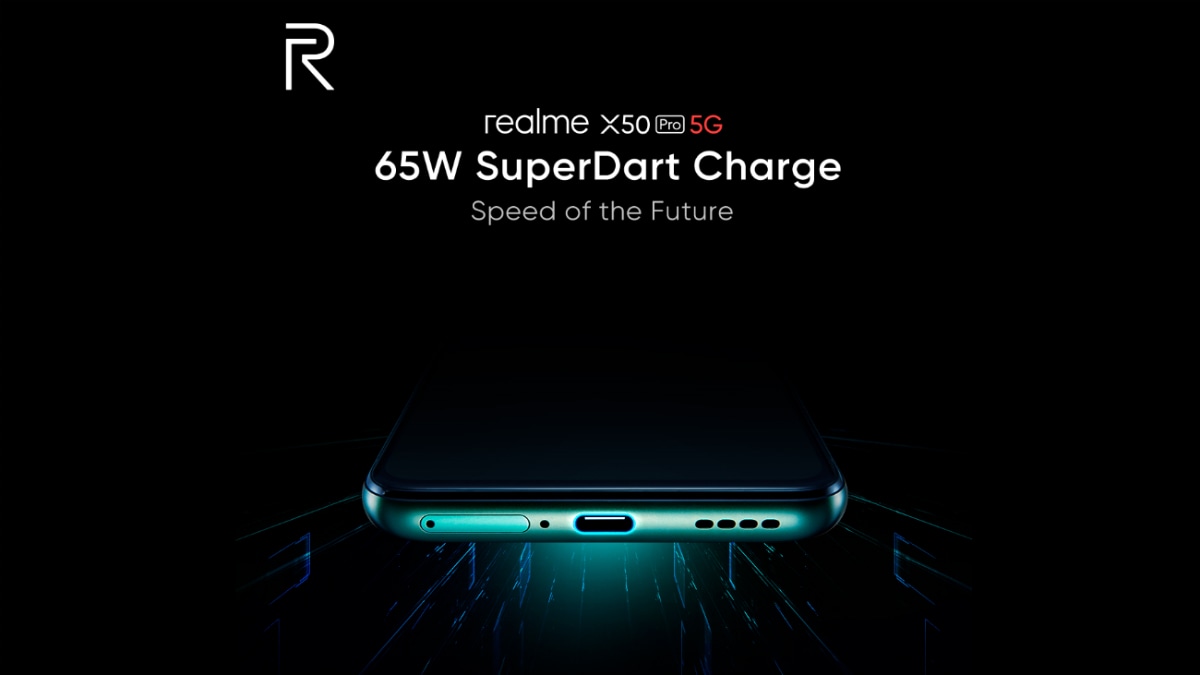 Realme X50 Pro 5G is set to debut with 65W SuperDart Charge, Realme revealed through a teaser posted on Twitter. Realme India CEO Madhav Sheth separately took a dig at Xiaomi by highlighting the new fast charging technology on the Realme X50 Pro 5G. Realme arch-rival Xiaomi on Thursday unveiled the Mi 10 Pro with 50W fast charging support. The launch of the Realme X50 Pro 5G was initially scheduled for February 24 at MWC 2020 in Barcelona. However, since GSM Association (GSMA) cancelled MWC due to the coronavirus outbreak, the Chinese company has planned an online launch event for its new flagship.

The Twitter account of the Realme Europe team released the teaser image revealing the presence of 65W SuperDart Charge technology on the Realme X50 Pro 5G. The proprietary technology would deliver a faster charging experience than the existing fast charge offerings.

In December last year, Realme was spotted filing trademark applications for Dart and SuperDart names that the company is likely to use in place of the existing VOOC and SuperVOOC monikers that you would have also seen on Oppo phones. The latest teaser highlights that the Realme X50 Pro 5G could be the first Realme phone to debut with the new fast charging technology. However, we may see several Dart and SuperDart Charge technologies-equipped handsets from Realme in the future to offer some distinction over Oppo phones.